The Jetsons cartoons gave the boomer generation a vision of seemingly magically powered flying vehicles, delivering George Jetson to his office, wife Jane to the mall (no sexism there) and the children to school. It all seemed to work so well – if ludicrously far-fetched. Are we any closer? Mark Pesce wonders if aero-autos are finally ready for takeoff…

This extended resource is best suited to secondary school STEM students looking at the development of future technology. It is also well suited to Physics students learning about gravity, energy efficiency and waves. At the end of this article, you will find questions for students and a research debate task.

Backed by billions in venture capital and a recent IPO, one startup aims to have its flying taxi on the market in three years. While they may be ahead of the pack, they’re not alone. Is this the decade we finally get our Jetsons car?

The most obvious reality check draws on our experiences around the original flying car – the helicopter. Helicopters are really loud. They transit CBD skylines every day, and from 100 metres a launching heli­copter has a volume of 90 decibels – about the same as a power lawn mower. Multiply that by hundreds of thousands, and it’s immediately apparent that a world full of flying cars would be deafening. Conversation in public would become impossible. Birds, already adapting their song to the higher ambient noise levels in urban areas, would fall silent, unable to compete. We wouldn’t be able to hear ourselves think.

The Jetsons’ flying car, with its soft and satisfying electronic putt-putt-putt sound, is iconic, but right here right now a quiet flying car looks like a physical impossibility. To keep a heavy bit of kit airborne requires the movement of lots of air – either through propellers or jets. Even if an aircraft were to completely eliminate engine noise (and that day is coming) it would still be pushing a lot of air around, and moving air is sound in its rawest form – a wave of compression through the atmosphere. So a quiet flying car might need to rely upon some sort of magical “anti-gravity” technology not even glimpsed in our wildest predictions of physics. Unlikely.

Even if we could solve the noise problem (give all the people and animals noise-cancelling headphones to wear?), we’d immediately run into another problem: scale. The skies over any Australian city hold only very few flying objects, measured in the tens, or, at the most, the low hundreds. Managing even that number of aircraft requires fully crewed air traffic control centres scattered around the country. Presuming a one-to-one substitution of flying cars for ground vehicles – because, of course, everyone would want one – there would soon be hundreds of thousands of flying cars above our city skies every morning and every evening.

All drivers know that, at best, other drivers on their roads can be inattentive – at worst, downright reckless. Drivers tolerate that risk where a collision means little more than a prang that can be buffed out. But even a glancing blow at speed and altitude would likely create multiple fatalities as both vehicles fell from the sky, crashing into the dense cityscape below. Given the number of prangs on an average day in our cities, our flying-car-filled skies would become a shooting gallery, raining carnage down onto an undefended population.

Operating in such a crowded and dangerous environment may simply be beyond the capacity of even the best pilots. Although millions around the world hold flying licences, all of them are taught to operate aircraft within far less crowded environments than those that will accompany the introduction of flying cars.

A pilot does their utmost to continuously scan the volume of space they’re operating within, maintaining awareness of all the aircraft (and weather conditions) that could force them into a rapid reaction. Make that a hundred times harder – as it certainly would be during peak hour – and it falls so far beyond the cognitive capabilities of any human being as to make it effectively impossible. Pilots would never be able to maintain the awareness they need to guide their craft safely from takeoff to landing.

Despite all of these fundamental roadblocks, this year looks set to mark the birth of a realistic flying car. Toward the end of February, super-secretive startup Joby Aviation unveiled the first model of its own “flying taxi” in a YouTube video narrated by the firm’s founder, JoeBen Bevirt. The video starts off normally enough, with Bevirt talking about the decade-long research and development efforts that led to the aircraft sitting on a landing pad behind him. It’s an aircraft that looks like it has more in common with a $2000 UAV – a drone – than anything you’d see in the skies today, with six large propellers mounted above the aircraft, but parallel to the ground, just as they would be on a drone – or, for that matter, the main rotor of a helicopter.

About 95 seconds into the video, something extraordinary happens: the propellers begin to spin, as the aircraft slowly powers up. Although you can see Bevirt’s hair being tossed around as the propellers send a wash of air in his direction, he continues to speak in relatively measured tones.

Within 15 seconds, that aircraft has risen vertically above the landing pad, while Bevirt continues to speak. In terms of live demos, it’s as impressive as anything Steve Jobs ever came up with; in a single stroke, Bevirt shows that Joby Aviation has created an aircraft that’s both quiet and has VTOL – vertical take-off and landing capabilities. All of the best qualities of a helicopter, with none of the drawbacks.

Although mounted on a fixed wing, those propellers themselves are not fixed in place. Once the aircraft has attained sufficient altitude, they can rotate 90 degrees, facing forward, just as you’d see on a normal propeller-driven aircraft. That gives it both excellent range – more than 250 km – and a top speed of well over 300 km/h. The final kicker: just like a drone, it’s battery-powered, and 100% electric.

The weight and size of the batteries needed to get an aircraft airborne made electrically-powered flight the Holy Grail of 21st century aviation. For 120 years, energy-dense petroleum fuels have been the only real option to generate the necessary thrust. Advances in electric vehicles have come to the aid of the flying car: the same batteries that make electric vehicles cheap and reliable make it possible for Joby Aviation to create an electric flying taxi. They, and other flying car ventures like Archer Aviation, Kitty Hawk and Lilium Jet, could crowd our skies with quiet(er) flying cars.

A recent report on Advanced Air Mobility from consultancy LEK noted more than 200 similar designs in development, with 30 seeking FAA flight certification in the US. Report author Natasha Santha reckons flying taxis “will not be commonplace globally in the next five years… However, the industry has tremendous potential to scale and deliver services at the cost of a taxi today at the fraction of the time.”

The weight and size of the batteries needed to get an aircraft airborne made electrically-powered flight the Holy Grail of 21st century aviation.

Could these new aircraft reshape our cities? The pan­­demic has seen the rise of the “supercommuter”, travelling more than three hours each way to reach the office, doing so only a few times a month. Flying taxis could make such journeys fast, and cheap enough that flying becomes the obvious choice. With the urban advantage already eroded by high-speed broadband, we might see a new generation of rural residents, each with their own landing pad, ready to fly to the city at a moment’s notice. “For the regional market,” Santha says, “costs could be as low as around 40 cents per km… materially changing the transport landscape.”

What this means for air traffic control remains an open question. Santha warns that lots of flying taxis create “another set of barriers, which are related to how we can integrate larger volumes [of air traffic]… moving to remote and autonomous piloting”.

In the long-term, a “fly-by-wire” solution similar to that on commercial aircraft could see these flying cars piloted by artificial intelligence. Will that be enough to avoid mid-air prangs? Look to the skies for the answer.

This article was written by Mark Pesce for Cosmos Magazine Issue 91. 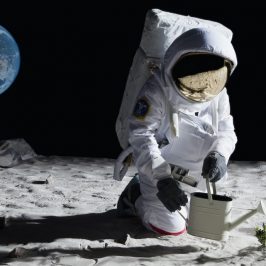 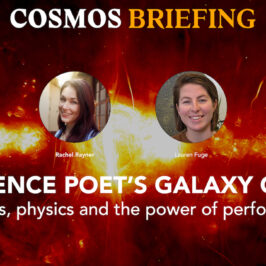 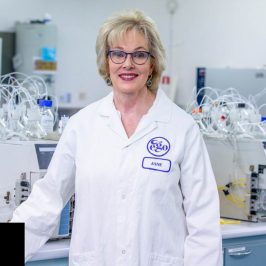 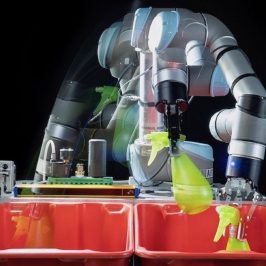