If you know where to look, there’s almost no technological or design problem that nature hasn’t solved already. Amalyah Hart dives headfirst into the world of bio-inspiration.

This extended article is best suited for Year 4-10 Biology, Chemistry and Physics students who are interested in technology inspired by nature. This could be used to teach about specific adaptations, natural selection, reducing friction (by copying nature) and binding electrons and electron holes to repel water and bacteria.

In the hilly folds of southeastern Australia, coarse shrubs grow, scrubby and dry, between the domed nests and dusty foraging tracks of meat ants. Among these bustling Formicid citadels a special spider is waiting for its prey. It lurks near the entrance to a rigid, basket-like structure hanging from the shrubs. An unsuspecting ant moves towards the basket as if its curiosity has been piqued. Then something remarkable happens.

The bulbous, blue-grey spider ­reaches forward with her front legs and taps out a beat on both sides of the ant’s head. Apparently seduced, the ant follows her into the basket – and into the jaws of fate.

You can watch this scene in the 1992 documentary Webs of Intrigue, but it’s only now that scientists are beginning to understand more about the mysterious basket-web spider (Saccodomus formivorus), its remarkably crafted basket, and its ant-luring rituals.

S. formivorus is extremely rare, first described in 1900 by entomologist ­William J. Rainbow, and found in Australia’s southeast, as far north as southern Queensland and west to near Whyalla, South Australia. Thus far, it’s the only known spider in its genus. Its rarity comes from its adaptation to the specific ecological niche its prey, the meat ant, occupies.

What researchers are discovering about species like the ­basket-web spider may do more than resolve some baffling questions for arachnophiles; it could inspire solutions to technological and engineering problems by drawing on the longest trial-and-error experiment in history – natural selection.

“Most of the challenges that we face, technological and other design challenges, have almost certainly been faced by organisms in one form or another,” says Mark Elgar, a specialist in evolutionary biology and animal behaviour at the University of Melbourne, who co-authored an October 2020 study – published in the journal Scientific Reports – into the basket-web spider’s unique catch-and-kill creation.

Elgar’s research details the micro and submicron fibre structures of the spider’s baskets, which he cautiously ventures may provide ideas for new smart materials.

“Natural selection is essentially building success out of failure which, of course, is what design typically does,” he observes. “People who are doing rather different things, working on rather obscure animals, may well be providing a source of inspiration for solving things in the future.”

When he’s not hunting insects in the field, or investigating their abilities back in the lab, Elgar wears many hats, including co-chairing the University of Melbourne’s BioInspiration Hallmark Research Initiative (BHRI), a group dedicated to finding novel technological solutions sourced ­directly from Mother Earth.

Bio-inspiration is the concept of ­drawing insights from a naturally occurring material or behaviour into a technological context – for example, the pointed nose of the Japanese bullet train took its cue from the beak of a kingfisher, which diverts impact from the bird’s head when it plunges into water at high speeds.

Another notable example – in this case for the wrong reasons – are the sharkskin-inspired elite-level swimsuits that appeared in the early 2000s. The suits were designed to mimic the tiny denticles – teeth-like columns – found on sharks’ skin. But it had been proved by 2012 that the tech didn’t work as advertised. The key to the swimsuit that propelled Michael Phelps to his record-breaking eight gold medals at the 2008 Beijing Olympics was materials that promoted buoyancy.

This time, the basket-web spider’s silk has a number of unusual properties that make it a promising potential candidate for biomimicry in material design, Elgar says.

“This particular spider has silk that, unlike all other silk, is rigid, and so you can take this basket away from the vegetation and it will maintain its structural integrity.”

This unique rigidity is part of what wowed Elgar when he first started studying the spider. “Here was a completely different silk that didn’t have flexibility at all, and probably [had] unknown strengths,” he says – properties that could make it a candidate for inspiring tougher materials.

He also suspects the silk may turn out to contain chemicals that are particularly attractive to ants, which could explain the ants’ willingness to wander into the jaws of their enemy. This would make these spiders unusual in comparison with other spider species, which often incorporate chemicals in their webs that repel potentially ­predatory ants.

The basket-web spider’s bizarre, rigid silk-spinning is just one example of a raft of evolutionary idiosyncrasies that the scientists involved in BHRI ­believe can revolutionise technology. This prospect has prompted research grants to a number of promising trial-stage projects exploring bio-inspired tech solutions.

One of these projects is focussing on the microscopic knife-like structures on insects’ wings, which are an especially ­effective antibacterial technology, to build medical implants with a greatly reduced chance of infection (see “Bactericidal insect wings”, below).

Eser Akinoglu, from the University of Melbourne, is a member of the project and a research fellow at the Australian Research Council’s Centre of Excellence in Exciton Science, where he specialises in nanofabrication and photo-­electrochemistry. An exciton is the binding together of an electron (with a negative charge) and an “electron hole”, which is the absence of an electron, and subsequently has a positive charge.

Exciton science involves learning how to control and manipulate excitons, and eventually applying them to technologies like solar cells, lasers and LEDs.

Says Akinoglu: “Nature found this way to make these [insect-wing] surfaces water repellent, and I guess by coincidence people found that these [nano-knife] properties are bactericidal: the cell membrane of some bacteria can be ruptured and they literally just bleed out.”

By applying a similar nano-knife structure to prosthetic implants, this technology could make surgery safer and patients better protected from infection.

It’s not just animals that provide design inspiration. Scientists are also finding clever design tricks and structures in the human body that are fertile ground for new technologies.

Abdallah Ghazlan, a structural engineer also based at the University of Melbourne, is coordinating another of the grant-­winning projects. His team is designing devices that can protect against IEDs (improvised explosive devices; see below).

The technology, which can be fitted underneath military vehicles sent into war zones, has a 3D-printed structure that mimics the shock-absorbing properties of bone.

“Bone has a strong, stiff outer shell and a spongy inner core which is responsible for its energy absorption,” he says. “The buckling and collapse of the cells is what really absorbs the energy in that structure.”

Ghazlan’s team noted that the spongy inner part of  bone is made up of concave and convex structures at the micro-level, which enables it to collapse and therefore absorb shock. By identifying these microscopic geometries, the team is working to mimic their design parameters to make a powerfully protective structure that crumples on impact, protecting the vehicle above from the damaging force of an explosion.

It’s cutting-edge science, enabled in part by huge leaps in design technology like 3D printing, but the core idea is sourced straight from natural selection.

“It’s this convergence of these improvements in biology and advances in the physical sciences that make biomimicry and bio-inspiration much more possible,” says Devi Stuart-Fox, who co-chairs the bio-­inspiration initiative with Elgar.

Stuart-Fox is an evolutionary biologist whose work focuses on animals with colour-changing abilities, an evolutionary mechanism she says we are just beginning to understand.

She says bio-inspiration pools knowledge from diverse fields of science, a necessary counterpoint to a scientific world in which each branch is becoming increasingly specialised and sub-divided, and communication between fields is almost non-existent.

Improvements in biology and advances in the physical sciences make biomimicry and bio-inspiration much more possible.

“In Darwin’s day, he could have a grasp of pretty much everything that had been done – the whole discipline of biology and geology,” she says. “Now, I can’t even have a grasp of all the literature and knowledge in something like evolutionary biology.”

Stuart-Fox believes that Darwin’s theory of evolution is a prime example of the kind of exciting scientific developments that are possible with the big-picture ­blending of disciplines.

“These are all scientifically ­literate people, they’ve got PhDs, but they cannot read each other’s papers, so that’s a real challenge,” she says. “So, this is an ­incredible opportunity for biologists and physicists and people in the physical ­sciences to have more meaningful inter­actions and discussions.”

This article was written by Amalyah Hart, Melbourne-based writer, for Cosmos Magazine Issue 90. 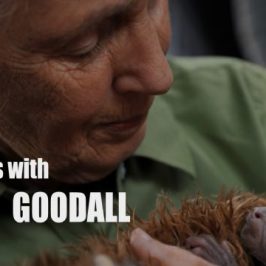 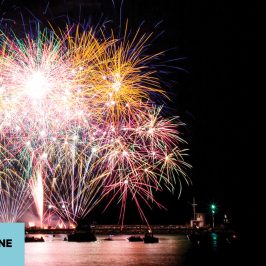 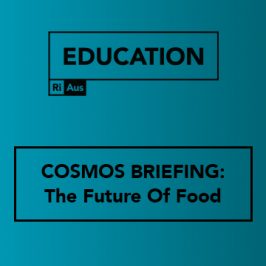