Researchers have adapted a miniature rocket, called the Pocket Rocket, to replicate the conditions of distant planets’ atmospheres.

This article could be used with students in years 8, 9, and 10 who are studying Physical, Chemical or Earth and Space sciences. It highlights how an understanding of atoms and energy is used in space research.

Why This Matters: Even small packages can answer big questions.

A plasma thruster, developed at ANU to power miniature satellites, is being used to look for evidence of life on distant planets – but not in the way you might expect.

The Pocket Rocket is not propelling a satellite towards planets, but instead helping replicate the conditions they might encounter when they get there.

When they fire, Pocket Rockets create plasma: hot gas in which some of the atoms have lost electrons and formed ions. And researchers think this could be similar to conditions on a class of exoplanets called hot Jupiters.

So far exoplanet hunters have found several hundred of these intriguing planets orbiting other stars. Extremely large gas giants (similar in size or larger than Jupiter, hence the name), they orbit very close to their star.

This close proximity means they are tidally locked with one side always facing the star – resulting in the surface being heated to extreme temperatures. And in this hostile environment molecules like titanium oxide and metals like sodium and potassium become gases in the atmosphere, and complex chemical interactions begin occurring.

These extreme conditions are what the team of Australian and French researchers are trying to replicate with the help of miniature rocket engines.

From failed thrusters to planetary atmospheres

Charles had been experimenting with different molecules as the propellant in Pocket Rocket’s tiny plasma engine, but found that simple atomic gases gave much better thrust. The reason is the same effect that makes analysis of hot Jupiter atmospheres hard – molecules have a more complex energy budget.

Gases which remain as atoms, such as xenon and argon, are efficient for thrust because they have a simple energy budget: if you heat them they fly faster out of the rocket, which makes it go.

In contrast, as molecules get hotter, part of their energy goes into vibrating and rotating, as well as flying faster. These additional modes of movement can’t be used for thrust, which meant they were a dead end as propellants in Pocket Rocket.

However, when Charles visited the University of Rennes in France she met Robert Georges, who was attempting to recreate the atmosphere of hot Jupiters.

While discussing their work, she realised her molecular experiments – while inefficient at creating thrust – were in some ways replicating the complex molecular interactions in the atmosphere of a super-heated hot Jupiter.

Over the next three years the teams collaborated to develop a modified version of the Pocket Rocket, called Platypus, which would allow them to create and study those effects in close detail.

Due to their proximity to their host star and over 1000 degree temperatures, the spectra, which tells scientists the chemical makeup of the atmosphere, are crowded forests of lines that are almost impossible to disentangle.

Platypus’ plasma offers a way to simplify the spectra and enable easier analysis and modelling, say the researchers. The key is an additional nozzle that forces the hot gas to expand quickly, which freezes the rotational levels. This leaves only the vibrational spectral lines – an order of magnitude less lines to sort out.

It can also heat oxidising gases, which may be present in hot Jupiter atmospheres. Current systems are unable to study these gases without causing their own chemical reactions.

Using Platypus the researchers can also increase temperatures up to 10,000 degrees kelvin, far above what has been typically found on a hot Jupiter.

A complete understanding of the atmosphere of these alien planets could answer some big questions, say the researchers.

“The big deal is, will there be the conditions for water, or even life?” says Georges.

“Although life is impossible in the hellish conditions on a hot Jupiter, we hope to evolve our techniques so we can observe the harder-to-see cooler planets, that are in the habitable zone.”

And one day, something like Pocket Rocket may still power a satellite to a planet with an atmosphere we know all about, thanks to its cousin. 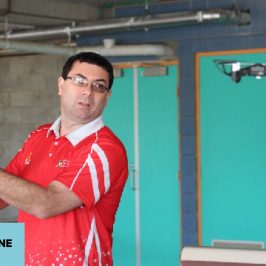 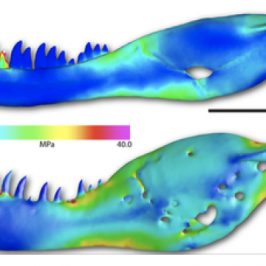