This article and associated student activity is suited to students in years 4, 6, 7, and 10 studying Physical and Earth and Space Sciences. They focus on the practical application of frictional forces and how an understanding of this impacts society.

Want to know how glaciers flow over soft ground? There may be an equation for that.

Glaciologists in the US have developed a “slip law” to account for the motion of ice that rests on the soft, deformable ground underneath unusually fast-moving parts of ice sheets.

They say it could be used in computer models to better predict how quickly such glaciers are sliding, how much ice they’re sending to oceans, and how that would affect sea-level rise.

Friction, velocity and water pressure at the ice-bed interface all determine a glacier’s movement and are used to inform glacier-flow models. However, accounting for these factors in relation to the material underlying the moving ice in models has been difficult.

This is particularly true for many of the fast-flowing, marine-terminating glaciers in Antarctica and Greenland that rest on deformable till.

“The potential collapse of the West Antarctic Ice Sheet is the single largest source of uncertainty in estimations of future sea-level rise, and this uncertainty results, in part, from imperfectly modelled ice-sheet processes,” Neal Iverson, from Iowa State University, and Lucas Zoet, now at the University of Wisconsin-Madison, write in a paper in the journal Science.

The new equation was developed without the pair needing to venture anywhere near Antarctica. They just walked into the freezer in Iverson’s laboratory.

There sits a 2.75-metre tall ring-shear device he developed a decade ago with support from engineers from the US Department of Energy’s Ames Laboratory.

It uses a hydraulic press to simulate the huge forces involved in glacier flow, putting as much as 100 tonnes of force on a metre-wide ring of ice above it. Motors can rotate the ice at anything from one to 3000 metres per year.

Circulating fluid keeps the ice ring at its melting temperature, so it slides on a thin film of water – as fast-flowing glaciers do.

In the recent work, Zoet created a bed of glacially deposited sediment (till) and constructed an ice ring above it by freezing layers of water seeded with ice crystals. He then applied force until the ice melted and turned on the machine.

“We were after the mathematical relationship between the drag holding the ice back at the bottom of the glacier and how fast the glacier would slide,” Iverson says.

“That included studying the effect of the difference between ice pressure on the bed and water pressure in the pores of the till – a variable called the effective pressure that controls friction.”

The data indicated the relationship between “drag, slip velocity and effective pressure that is needed to model glacier flow”.

“Glacier ice is a highly viscous fluid that slips over a substrate – in this case, a deformable till bed – and friction at the bed provides the drag that holds the ice back. In the absence of friction, the weight of the ice would cause it to accelerate catastrophically like some landslides.”

Zoet and Iverson report that, despite differences in the physical mechanisms themselves, their law works both in the case of bed deformation and bed shear. 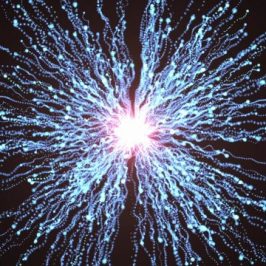