This article would be suited to students in years 4, 5, 7, 8, and 10 who are studying Biological Sciences, particularly if they are looking at adaptations and evolution. A fossilised primate skull the size of a chicken egg has yielded insights into how primate brains – including our own – evolved.

The 20-million-year-old near-complete skull is a rare specimen. It belongs to Chilecebus carrascoensis, a primate that scampered around the Chilean Andes during the Miocene.

The species is a member of the New World monkeys, or platyrrhines, a group found in Central and South America which today includes marmosets, capuchins and spider monkeys.

Brains don’t leave fossils. But palaeontologist Xijun Ni from the Chinese Academy of Sciences in Beijing and his colleagues scanned the fossilised skull using high resolution computed tomography (CT), which captures the overall shape of the skull as well as its internal cavities.

From the CT scans, they recreated an endocast of the brain cavity. An endocast resembles the shape of the brain covered by the protective dura mater membrane, and can reveal information about brain shape, size and folding patterns on the surface.

“The whole morphology is very similar to the brain of a living animal,” says Ni, who led the study.

Weighing in at around eight grams, Chilecebus had a brain roughly the size of a marmoset’s. However, unlike a marmoset’s brain, which has quite a smooth surface, Chilecebus’s brain had seven pairs of grooves – sulci – on its surface.

Scientists have often observed a trade-off between sight and smell. Species that evolve a large visual system usually have smaller smell-sensing olfactory regions, and vice versa.

That’s not the case for Chilecebus, which apparently didn’t particularly excel in either; both regions are relatively small.

The findings support the idea that the primate brain evolves in a complex “mosaic” fashion, with different functional regions evolving independently of others.

New World monkeys split from the other main group of primates, the catarrhines, more than 40 million years ago. This group includes the Old World monkeys of Asia and Africa – baboons and mandrils and the like – and apes, to which our own lineage belongs.

In both groups, brain size has increased over time – a situation of convergent evolution.

But the comparison also reveals just how weird human brains are.

“Only within the human lineage are the brains exceptionally enlarged,” says Ni. Human brains enlarged three times more than would be predicted based on the evolutionary trajectory of other lineages.

“It’s interesting, it’s another fossil filling a gap of in our knowledge of the evolution of brains in primates,” says evolutionary biologist Robert Barton from Durham University in the UK, who wasn’t involved in the study.

“We tend to look at living species and infer what must’ve happened to create those living species,” he says, but “you can only really be sure about what happened in the historical past by looking at fossils.”

Discoveries in living primates that reveal how large anatomical variations relate to the number and function of neurons at the cellular level could improve what may be gleaned in the future from fossilised specimens.

Jane Goodall on the mysteries of primate behaviour

Primate larynx something to talk about 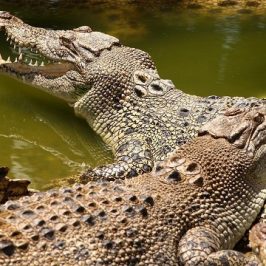 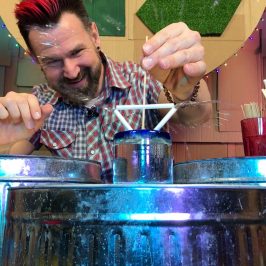 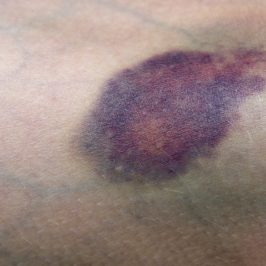