Use this article with students in years 6, 8, 9, and 10 to discover the vast amount of Chemistry and Physical science knowledge needed when studying ancient artefacts. Contextual tasks and activities are included in the attached STEM Pack 6: Art Conservation.

A new method called shortwave infrared hyperspectral imaging is revealing ancient Greek words written on the back of a 2000-year-old papyrus that was carbonised by the eruption of Mount Vesuvius in 79 CE, then left, tightly rolled, in a villa until the eighteenth century – at which point it was unrolled by a machine and stuck to a piece of cardboard.

The approach, write researchers led by Aurelie Tournie of France’s Centre de Recherche sur la Conservation in the journal Science Advances, is likely to result in significant revisions of translations and interpretations of about 1800 ancient texts, collectively known as the Herculaneum papyri.

The documents were all discovered in the mid-1700s, long preserved inside a villa in the ancient Roman town of Herculaneum, buried beneath the ash and ejecta of the Vesuvius eruption. They are thought to be the work of the Epicurean philosopher Philodemus of Gadara, who died about 35 BCE, and to be concerned with documenting the history of Plato’s Academy.

Ancient and burned, the papyri are extremely fragile and delicate – so much so that many were destroyed by the first investigators who attempted to read them.

Some, however, such as the one now catalogued as PHerc. 1691/1021, the subject of the research by Tournie and colleagues, were gently unrolled in 1752 by a machine invented by a manuscript conserver called Abbot Piaggio.

In doing so, the scholars of the day noticed that the writer – most likely Philodemus himself – had jotted notes and revisions on the reverse side of the parchment. Two artists, Gennaro Casanova and Giovan Battista Malesci, were brought in to make copies of the additions before the unrolled papyrus was glued to pasteboard – where it remains today.

PHerc. 1691/1021 is thought to have been a working draft of the Academy manuscript, and the exact words in the notes – as well as those in the partially destroyed main text – have been long debated by historians.

Using hyperspectral imaging (HSI), also known as reflectance imaging spectroscopy, at a range between 950 and 2000 nanometres, Tournie and colleagues produced fresh, much higher resolution images of the primary text, and also succeeded in capturing – mirrored, of course – the words written on the back.

Indeed, in several cases they discovered ghostly notes that were previously invisible.

The intent of the research was to test whether high-range HSI was a viable technique for distinguishing text on damaged papyri, rather than to incorporate the new words thus revealed into a coherent revision. That process comes later.

However, the scientists provide a solitary example of just how challenging any such revision is likely to be, and how it may well change academic understanding of both Philodemus and Plato.

A word present in a passage written on the primary side of the papyrus has conventionally been viewed as a Greek term that translates as “charmed” or “bewitched”. The new imaging, however, reveals that it is unquestionably another word, which translates as “enslaved”.

“This is not the place to discuss the philosophical implications of this new reading,” Tournie and colleagues note, with admirable restraint.

This article is republished by Cosmos. Read the original article here. 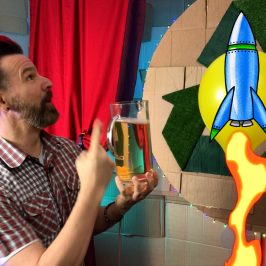 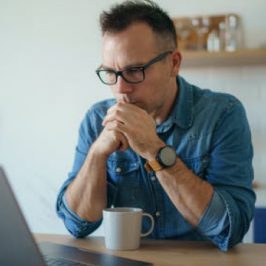