In this article learn what a coral is, the threats of climate change and subsequent coral bleaching. The accompanying teacher resources contain several interactive activities for students’ Years R-9, with a focus on ecosystems and human impacts.

We’ve all heard about coral bleaching, but do you understand the science behind what’s happening to coral when it turns white?

Let’s dive a little further into the science behind bleaching, and what might be in store for our reefs over the next century with climate change.

Despite a coral reef looking almost reminiscent of an underwater forest, corals are not plants; instead, they are marine invertebrates – animals that don’t have a spine.

They usually form compact colonies of many identical individual polyps, and stony coral (also known as hard coral) produce an internal skeleton made of calcium carbonate (CaCO3), the substance found in limestone. This internal skeleton helps to both strengthen and protect the coral.

Coral reefs begin to form when free-swimming coral larvae attach themselves to rocks or other hard surfaces along the edges of islands or continents. They are incredibly slow growing, with rates of three millimetres to two centimetres per year for massive corals, and up to 10 centimetres a year for branching corals.

Most coral reefs grow in shallow waters that allow sunlight to penetrate and fuel the photosynthesis occurring in the microscopic symbiotic algae that live within their tissues. These algae – from the genus Symbiodinium – produce nutrients for the coral in the form of sugars, and in return corals provide a home and other key nutrients to the algae.

It’s these algae that give the corals their beautiful, bright colours, and their loss that results in the haunting bleached appearance.

What is coral bleaching?

Coral bleaching occurs when corals are stressed by changes in their environment. The polyps expel the symbiotic algae from their tissues, which consequently become transparent to expose the white limestone skeleton that lies beneath. Other signs of bleaching include the thinning of coral tissues, a reduction in mucus, and inhibition of sexual reproduction.

Warmer sea-surface temperatures, increased ocean acidity and pollution are all factors that can cause a bleaching event.

Despite the ghostly look, the corals aren’t dead and they can recover from these events, but if the bleaching is not reversed, or there is prolonged or repeated stress, the corals cannot recover and will starve.

Bleaching events are becoming more frequent and intense due to the effects of climate change, as the Earth’s oceans become increasingly warmer because of global warming and more acidic from increased levels of carbon dioxide in the atmosphere. The first mass coral bleaching events were recorded in 1998 when El Niño caused ocean temperatures to spike, and the longest global bleaching event took place from 2014–17 – more than three times as many reefs were exposed to bleaching-level heat stress in this event than in 1998.

What does the future hold?

Scientists warn that the threat of repeated, intense bleaching events over the next several decades is of significant concern for the world’s coral reefs. A recent study – using climate model projections to predict the future of shallow-water coral reef exposure to increased ocean temperatures – projects that only 0.2% of global coral reefs will avoid frequent bleaching-level heat stress under a 1.5°C climate-warming scenario.

This is worrying because frequent bleaching doesn’t give enough time for recovery between events – after extensive heat-stress-induced mortality, coral communities require on average at least 10 years to re-establish.

So how do we prevent these events from increasing? Unfortunately, under all greenhouse gas emission scenarios, sea temperatures are projected to increase by 1.5°C to 2°C by the end of the century, so  scientists are working to develop tools to help reefs adapt to, and recover from, these effects.

This includes research on the capacity of corals and reefs to adapt to warming oceans, enhancing their ability to resist bleaching, and developing ways to scale up and fast track coral recovery.

If you’re wondering how to help contribute to scientific research for local reefs, look to citizen science. For instance, researchers have set up a project – the Virtual Reef Diver Project – to help monitor the Great Barrier Reef by submitting and classifying images of the reef to aid in its protection.

In the 2016 SCINEMA International Science Film Festival documentary, Coral Bleaching Explained: The Story of Frank the Coral, Dr Tullio Rossi walks us through the phenomenon from the perspective of Frank the coral, after the widespread coral bleaching of the Great Barrier Reef the same year.

In Class With… Climate Special 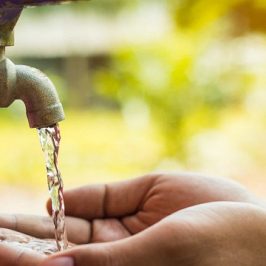 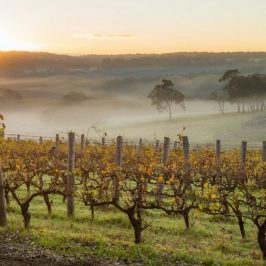