Whether or not animals socially isolate depends on the circumstances and the cost-benefit analysis.

This article is best suited to year 8-10 Biology students who are looking to apply their understanding of cells, body systems and genetics to a real-world and current global context.

A review exploring how different animals, from bats and lobsters to frogs, gorillas and bees, deal with the planet’s growing problem of infectious disease outbreaks has found that some appear to become less social, but not all.

For social animals, including humans, isolation may prevent the spread of disease, but it can cause other problems that may be as bad as the infection, according to the paper published in the journal Proceedings of the Royal Society B.

It’s a conundrum. Dealing with infectious disease “could mean the difference between persistence and extinction,” write Andrea Townsend, from Hamilton College, US, and colleagues.

But social isolation comes at a cost. In humans, loneliness contributes to poor health, higher mortality, and, ironically, lower immunity.

Hypervigilance can lead to rejection of outgroup members and avoidance of “foreign others”, which Townsend and co-authors say “might therefore favour the balance towards a more risk-averse, more xenophobic and less social phenotype”.

What about other animals?

Some animals like fish and finches are also hypervigilant, avoiding others with visual signs of disease, such as lethargy or unusual appearance. Chimpanzees (Pan troglodytes) have been known to shun group members who show behavioural changes after recovering from polio.

On the other hand, it can increase closeness between ingroup members. Mandrills (Mandrillus sphinx), for example, appear to make grooming of close kin more important than avoiding infection.

Humans also have redeeming qualities, the authors note, as illness can bring people together and bond families.

Other examples of costs versus benefits include western lowland gorillas (Gorilla gorilla gorilla); those who were more solitary in Congo had less risk of dying from Ebola. But isolation could increase their vulnerability to predators.

The gregarious Caribbean spiny lobsters (Panulirus argus) avoid others that are infected with the lethal P. argus virus (PaV1). This seems to be making them less social, with potential impacts on their breeding, growth, and survival.

Some Indiana bats (Myotis sodalist), which face extinction risk from white-nose syndrome (Geomyces destructans), have reduced their group size. But to hibernate in isolation they need to produce more energy to stay warm.

Some eusocial insects seem to have a selfless approach. Foraging honeybees (Apis mellifera) infected with the emerging pathogens Varroa destructor or Nosema sp. are less likely to return to their hive, dying alone, thereby sacrificing themselves to avoid infecting the colony.

Reminiscent of social bubbles that have helped humans mitigate the spread of COVID-19, some species limit their movement between groups, such as the black garden ant (Lasius niger).

On the other hand, social isolation does not appear to be favoured for infectious diseases that may be better mitigated through groups.

American robins (Turdus migratorius) and sentinel house sparrows (Passer domesticus), for instance, who roost together when the West Nile virus is rife are less likely to be bitten by infected mosquitoes.

What does it all mean for us?

Townsend and others suggest social pressures from infectious disease are likely to grow as their risk increases with overpopulation, poverty, intensive agriculture and global trade.

We do have an advantage with diagnostic tests, contact tracing, virtual communication and social media, challenging us to find better ways to buffer the impacts and maintain robust social relationships.

This article is originally published by Cosmos as Do all animals socially isolate to avoid disease?

Trekking alone across Antarctica taught me something about isolation

How to survive isolation and keep everyone calm 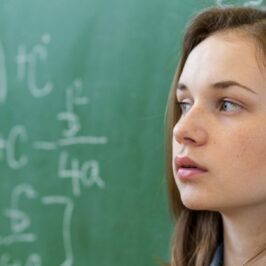