This article describes a recent hypothesis about the history of Mars and should be used to demonstrate to students how scientific thinking is constantly evolving and being refined. It is suitable for year 5, 7, and 10 students in Earth and Space and Physical sciences.

Scientists studying the orbits of Mars’ moons have found evidence the Red Planet may once have had rings — and may someday sport them again.

Currently, Mars has no rings and two small moons: Deimos (12 kilometres in diameter) and Phobos (22 kilometres).

Deimos lies farther out and takes slightly more than a Martian day to orbit the planet. Phobos lies closer in and whizzes around once every 7.5 hours.

But it wasn’t always that way, says Matija Ćuk of the SETI Institute in California. For much of its history, Mars would also have had prominent rings… plus a succession of proto-Phobos moons that were formed and destroyed in a cycle that eventually produced the Phobos we know.

It’s a hypothesis that was proposed in 2017 by David Minton of Purdue University and his graduate student, Andrew Hesselbrock.

Under this theory, Ćuk says, the initial proto-Phobos, Deimos, and the first ring would all have formed from material orbiting the infant Mars, billions of years ago.

But it wouldn’t have been a stable situation, because gravitational effects from the ring material would have altered the orbit of the proto-Phobos, causing it to migrate outward.

At the same time, material from the ring would have moved inward and steadily rained down on Mars. (Deimos, lying farther out, would not have been affected the same way.)

Once the ring material was depleted, Ćuk says, the process would have reversed, with gravitational effects from Mars causing the proto-Phobos to start migrating back inward.

Eventually, it would have gotten so close that the Martian gravity would have torn it apart, creating a new ring, of which about 20% would coalesce into a new proto-Phobos.

That proto-Phobos would then start migrating back outward, while the material from the new ring would again begin raining down on Mars.

Eventually, the second ring would dissipate and the new proto-Phobos would reverse course yet again, migrating back inward—a cycle that might have repeated six or seven times.

“[Each time] there is less and less mass,” Ćuk says. [And] you have rings that last longer and longer.”

So far, that’s just theory. Ćuk’s brainstorm was to realise it might relate to an old mystery about the moons’ orbits.

Decades ago, scientists thought Phobos and Deimos were captured asteroids — something that made sense given their small size and Mars’s proximity to the Asteroid Belt.

Then it was realised that because their orbits lie in almost the same plane as the Martian equator, that was highly unlikely, and they must have formed in orbit around Mars.

There was just one problem. Deimos’s orbit is actually tilted about two degrees away from that plane.

That’s small enough that for many years nobody thought much about it. But that’s not the same thing as knowing why.

It turns out that outward migration of an ancient proto-Phobos, about 2.5 billion years ago, could explain it, so long as that proto-Phobos moved far enough out for its orbit to have reached a “3:1 resonance” with Deimos.

“That’s where a moon has one-third the orbital period of Deimos,” Ćuk says.

Such a synchronisation of orbits, he says, can produce strong interactions between moons — especially when the inner moon is moving outward, pushing the outer one around in just the right manner to tilt its orbit in the way we see for Deimos today.

But that can only happen if the inner moon is moving outward through the resonance, “[and] the only plausible cause of outward migration is interaction with a ring”, he says.

Ćuk’s calculations also show that the outwardly migrating moon would have had to have been about 20 times more massive (2.7 times larger in diameter) than the present Phobos — meaning it wasn’t Phobos’s immediate precursor (which was probably only about five times more massive), but rather its “grandparent”.

What would have happened to all of that ring material as it fell to Mars is unclear.

There would have been enough of it, Minton says, that the collapse of the first such ring could have created a ridge as much as a couple of kilometers high, running all the way around the Martian equator.

But if that happened, he says, nobody’s yet found traces of it. Maybe it was long enough ago that Mars was sufficiently wetter and more geologically active for all traces to have eroded away. Or maybe the ring particles broke up in the Martian atmosphere and dispersed like dust, all over the planet.

Meanwhile, Phobos is now being pulled back toward Mars quickly enough that NASA estimates it will probably break up in the next 50 million years.

At that time, Mars will again have rings, from which an even-smaller remnant Phobos might reform, like a baby phoenix arising, yet again, from the ruins of its predecessor.

Ćuk presented this week at the virtual 236th Meeting of the American Astronomical Society and is the lead author of a paper accepted into The Astrophysical Journal Letters. It is currently available on the pre-print server arXiv. 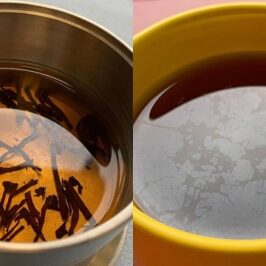